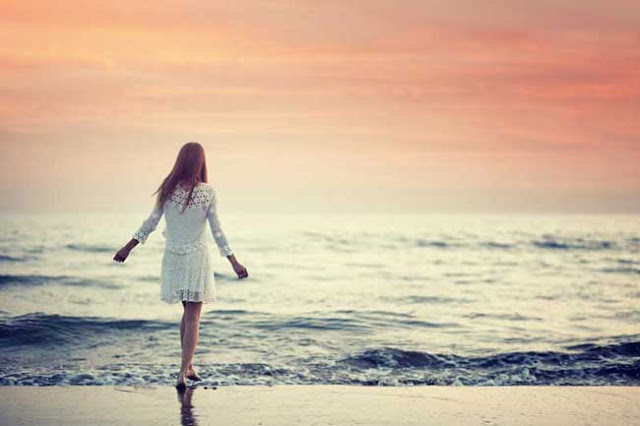 In the book Tramp for the Lord, Corrie Ten Boom tells a touching story. After her release from Ravensbruck, a Nazi concentration camp, Corrie traveled to Munich to tell her story of God’s love and forgiveness to a room filled with Germans. During her speech, she told the crowd that God casts our sins into the ocean when we ask for forgiveness and He remembers them no more (Mic. 7:19).

Following her talk, a man approached Corrie. She recognized him as one of the cruelest guards in Ravensbruck. Immediately, pictures of her sister Betsie’s slow and painful death at the hands of this man and others like him flooded Corrie’s mind. When he reached Corrie, he said that he appreciated her message, and then extended his hand. “How good it is to know that, as you say, all of our sins are at the bottom of the sea.

”Corrie’s arm stayed firmly at her side. She felt as if her blood had frozen in her veins. The man said he had become a Christian and knew that God had forgiven him for his cruel deeds, and then asked Corrie, “Will you forgive me?”

Corrie still didn’t want to touch him—but she thought about her own sins that God had forgiven and how those who nurse bitterness never overcome their past.

After a few seconds, Corrie remembered that forgiveness is not an emotion but rather an act of the will. “Jesus, help me!” she prayed. In obedience to God, she thrust her hand forward, even though she didn’t feel like it. Immediately a warmth started in her shoulder and ran down her arm and into their joined hands. Jesus’ love filled her heart and body. “I forgive you, brother,” she said, “with all my heart." Corrie wrote that she had never known God’s love as intensely as she did at that moment.

There’s no doubt that forgiveness can be life-changing. Corrie’s experience so beautifully illustrates how forgiveness not only releases the one who originated the hurt, but sets us free in the process. Besides being commanded to forgive, here are four good reasons forgiveness needs to be a regular practice in your life.

1.  Forgiveness is healing for a broken heart

Forgiveness is powerful. It’s a command. It’s a choice – and Corrie discovered that it’s healing for a broken heart.

What would have happened if Corrie hadn’t made the choice to forgive those who had wronged her and her family members? No doubt she would have remained imprisoned by the memory of Ravensbruck. Unforgiveness toward God and others would have stolen her ministry, testimony, confidence, and joy – and her heart would have stayed broken.

2.  Forgiveness helps us not to be outwitted

When we don’t forgive, we are in danger of our hearts not healing, but also of passing on our pain to others.

Several years ago, I had a misunderstanding with a dear friend that resulted in the end of a 20 year friendship. In the days to follow, I spent hours hiking through one of my favorite spots in Colorado Springs. As I rounded a curve in the trail, I sensed the still, small voice of the Holy Spirit. Your job is to forgive so that you don’t pass on the pain.

I immediately thought of 2 Cor. 2:10-11 which says, “If you forgive anyone, I also forgive him. And what I have forgiven – if there is anything to forgive – I have forgiven in the sight of Christ for your sake, in order that Satan might not outwit us. For we are not unaware of his schemes.” Paul clearly states here that unforgiveness gives the enemy the power to outwit us. I knew then that I had to forgive my friend or I would hurt others in the future. If we could only embrace this truth we could avoid a lot of personal pain and destruction.

I used to think that forgiveness was an earthly issue, that God commands us to forgive, but it only matters in the here and now. I was wrong.

A few months after my father died, I dreamed I met him in a farmer’s field where he told me a secret about heaven.

At first, I couldn’t believe it was him. I thought, That can’t be Dad because he died! Then as he walked closer, excitement engulfed me. Oh, my gosh! It’s him! His smile beamed as the sun glistened on his wire-framed glasses. When he reached me, he smiled broadly and said, “Well, hi Shana!” I intuitively knew I would only have a short time to say what was most important to me, so I spoke quickly. “Dad, I want you to know that I took the money that you left, paid off all my bills, and I invested the rest of it.” He stood up and grinned, “Shana, I’m proud of you!” My heart melted. He said what I wanted to hear my entire life – he was proud of me. My chest ached with tears that wanted to come but didn’t.

Then he shared something I needed to know about eternity, “You know what I’ve learned?” he quipped. “I’ve learned that it really does matter in heaven what you do on earth.”

And then he was gone – quicker than he had come.

Before my dream, I had heard some sermons on how we will receive heavenly rewards for what we have done on earth (Matt. 16:27). It really does matter in heaven what you do on earth – and that love is heaven’s currency.

In Luke 6:20-22, Jesus shares the ways we will be blessed in heaven: we’ll get the kingdom for poverty, satisfaction for hunger, and laughter for tears. Then, in Luke 6:35, He specifically says that we’ll be rewarded in heaven, and in the prior verses, He tells exactly how we earn those rewards.
Isn’t it fascinating that every command in this passage on how to receive rewards in heaven, which Jesus said will be pressed down, shaken together, and running over (vs. 35; 38) has to do with relationships – in particular with people who have been less than nice? Forgiveness matters for eternity, but we shouldn’t be surprised because Jesus said the two greatest commandments focus on love. Mark 12:30-31 says, “‘Love the Lord your God with all your heart and with all your soul and with all your mind and with all your strength.’ The second is this: ‘Love your neighbor as yourself.’”

In Luke 6:38 Jesus says that the measure we have used will be measured back to us in heaven. He also says that if we don’t forgive others that we won’t be forgiven (Matt. 6:15). Do we actually believe these truths? Or, are these two Scriptures we want to sweep under the rug of personal justification? Well, I won’t forgive.And I have every right not to forgive. Just look at what that person did to me!

4.  It keeps god's power in perspective

No doubt, it can be tough to forgive. It presses me to the edge of myself where I am forced to acknowledge that there is a God who is greater than the wrong that has been done to me, and in this, I recognize that no one can do anything that will ultimately destroy me or God’s plan for my life. When I choose to forgive, it keeps God’s power in perspective.

Someone may stop loving me, insult me, steal from me, or abuse me, but they will never be able to destroy the love that God has for me or His sovereign rule over all that concerns me. God’s redeeming love is bigger than my enemies.

Think about something someone has done to you that has demanded forgiveness. Do you believe that God is bigger than the wrong? Are you convinced that His love and His rule are redemptive? If so, let the person who has wronged you off the hook. Stop thinking that he or she has ruined your life and that you will never recover – because God is a redeemer. He will perfect that which concerns you in spite of what has been done to you (Ps. 138:8).

If you haven’t found redemption in what’s been done to you, don’t give up. Keep holding on because God isn’t done writing your story. If you allow Him to, God will weave your life’s injustices into a greater whole. Isn’t this the promise of Rom. 8:28: “And we know that in all things God works for the good of those who love him.” Do you believe it?

Shana Schutte a Just Between Us contributing author, is the author of Betrayed by God? Making Sense of Your Expectations and Two Minutes in the Bible for Women: A 90-Day Devotional. She is also a former writer and editor for Focus on the Family, and previously produced a short feature called Beyond Imagination, which aired each weekday from 2011-2013 on over 400 radio stations nationwide.