What Kind of Father Do You Have? 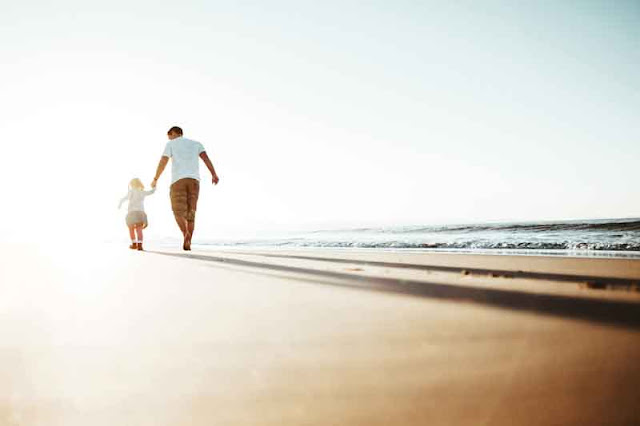 Lazarus Awakening
"Now a man named Lazarus was sick.
He was from Bethany, the village of
Mary and her sister Martha. This Mary,
whose brother Lazarus now lay sick,
was the same one who poured perfume on the Lord
and wiped his feet with her hair.
So the sisters sent word to Jesus, “Lord, the one you love is sick.”
~ John 11:1–3

What Kind of Father Do You Have?
So much of our understanding of God’s love is shaped by what we’ve
experienced in life. Those who are abused or misused as children often
struggle with the thought of God as a loving Parent, and even those
raised in healthy homes can have distorted views of their heavenly Father.
Which of the following misrepresentations are you most likely to struggle
with?

Abusive Father: You never know what you are going to get with
this kind of father. Will he be nice when he walks in, or will he hit
you upside the head first chance he gets? His love is determined
by his moods. You avoid him as much as possible.

But your true Father is “gracious and compassionate, slow to
anger and rich in love” (Psalm 145:8).

He Loves Me…He Loves Me Not
You would think after accepting Christ at a young age and being raised in a loving
Christian home with a loving, gracious father, I would have been convinced from the
beginning that my heavenly Father loved me.

Me. With all my faults and failures. My silly stubbornness and pride.
But those very things kept me from really knowing Christ’s love for the majority heavenly Father feeds them. Are you not much more valuable
than they?” (Matthew 6:26).

Biased Father: You know this father loves you—or at least you think he
does. But he seems to shower affection and gifts on all the other kids,
leaving you with leftovers and hand-me-downs. Bottom line: he has
favorites, and you’re not one of them. You had better get used to it.
But your true Father “does not show favoritism” (Romans 2:11).

Demanding Father: Perfect in nearly every way, this father demands
that you be perfect as well. No matter how hard you try, it’s never
enough. While there are moments when he seems proud of you, they
are few and far between. Instead, you carry a heavy sense of his
disapproval.

But your true Father “has compassion on his children…for he
knows how we are formed, he remembers that we are dust”
(Psalm 103:13–14).

How great is the love the Father has lavished on us, that we should be called children of God! And that is what we are! 1 John 3:1

Excerpt from Lazarus Awakening: Finding Your Place in the Heart of God by Joanna Weaver. Used with permission.